Sanford makes a difference. Get in touch to talk about managing a tech team, expeditiously delivering a new product, hitting your sales/users/traffic numbers, or building a progressive business model.

As Director at Rawlings Atlantic

“Sanford has a unique blend of creative insight, technical competence and a personable nature that makes him a pleasure to work with. He has done work for me in London, India, and the US, and I would recommend him.”

“I have worked with Sanford numerous times over past 3+ years and have found him to be someone who brings an amazing amount of positive qualities into a project. An expert level knowledge base, quality work, on time, every time. A true pro and a great guy to boot. A very nice combination to be sure.”

Darrin McAfee, Managing Partner, Molotov
hired Sanford as a Business Consultant in 2007, and hired Sanford more than once

“Sanford has shown himself to have a clarity of vision to carry business forward and an ability to work together on winning strategies that I have rarely seen in clients. Those qualities, in addition to his high moral character, permit me to recommend Sanford as both a consultant and a client.”

As VP, IP Products and Services at Interoute Telecommunications

“I worked with Sanford at Interoute during 2001-2. During tough times, Sanford was always there trying to find a new angle but always keeping his feet on the ground and making sure the ideas made sense. Sanford has a fertile mind for ideas, a perennial enthusiasm and drive to get things done, a thirst for knowledge, as well as the patience and grace to really listen to others.”

“Quick to identify and drive forward new concepts. Has endless energy and enthusiasm in pursuit of short and long term product goals. Communicates well, maintaining good relationships at all levels.”

As a Member of Board of Advisors at Paypal

Sanford has invested his time, funds, and expertise into promising people and start-ups, such as:

Sanford had been involved in the emerging NYC’s tech community through involvement in:

Business Reporter: 5 potential AI risks and how to avoid them
Business Reporter: The fear is greater than the trends
Financial Times: Can a tech hub be in the back of beyond?
CNN: Discussing the Heartbleed bug with Richard Quest
The Economist: Telepresence robots: Your alter ego on wheels
NPR: For Freelancers, Landing A Workspace Gets Harder
Betabeat: PeerIndex, Europe’s Answer to Klout, Talks Social Media’s Role in Credit Scores
BBC: Why great technology needs 'artists' to thrive
New York Times: The Boss Is Robotic, and Rolling Up Behind You
IEEE Online: How I Became a Texai Robot and Went Partying
CNNi: How Effectively Will Obama Use Technology? (video)
WIRED Mag: Obama's Secret Weapons 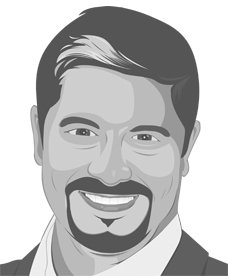